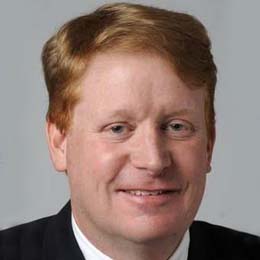 Mark was born in Baltimore, Maryland in 1966 and was the oldest of three brothers and the son of a renown professional photographer Father and Sales professional and politically active Mother. Mark pursued sports, music performing in a variety of rock bands and, Ham Radio and early computer systems. After being diagnosed with an unknown type of RP, Mark only accelerated his activities to include rock climbing, skiing and filmmaking. After graduating from high school Mark attended Frostburg State University in western Maryland in pursuit of a Biology degree. After becoming disillusioned by the slow pace of the school, Mark spent a year backpacking throughout Australia and other south Pacific countries. Upon returning Mark relocated to Tempe, Arizona and completed a BA and started on a Masters in Archeology at Arizona State University. Mark eventually started working with Enterprise Rent-a-car and relocated to Prescott where he married Stephanie and welcomed daughter Amber. Mark was promoted several times wwith the company and moved around the western US as an expert in airport operations. Upon arriving in Northern Nevada, Mark and Stephanie welcomed their son Ryan to the world. At this point Mark’s eyesight was becoming more impacted by the disease so he transitioned into a work from home situation while bing the primary caregiver for their new baby boy. Mark started a web consulting company, and during a visit to various local non-profit groups Mark attended a chapter meeting of the NFB of Northern Nevada. Mark’s vision had degenerated to a point where he reached out to the State of Nevada’s Rehab department where he received Mobility, Braille and Computer screen reader training. Around this time, Mark lead the creation of the Sierra Nevada Transportation Coalition to research and create Transportation programs for people with disabilities, Seniors, and people living in poverty in northern Nevada. After attending his first national convention in 2015, Mark fully realized the value of the NFB and it’s rejection of society’s often low expectations for the Blind. Mark is the President of the Northern Nevada chapter and started his first term as the Nevada Affiliate Vice-President in 2018.